They say you should love your own body but I've always been jealous to those girls with very fair and light elbows! I just don't have that! Haha! I envy those blessed fair girls that have even skin tones from face to neck down to their body to elbows to knees and feet! Ever since I was a little kid, I already have discolorations on my elbows and even on my neck. Maybe it has something to do with me being fat. Yes, I said it alright, no biggie! ;-)

I love having fair skin and it just bugs me at times that I have dark spots on my body --- elbows, knees, and ankle. The darkest spots are my elbows, next are my ankles. Maybe it's because I love seating like an Indian (Indian seat) ever since I was a child. My knees though are not that dark but last November, I had a very bad slip at our garage when I was about to ride the car. My gladiators sandals were too slippery, I don't know why! I slipped terribly and I was wounded badly on my knees, especially on my left knee. The wound was just too big. >.< 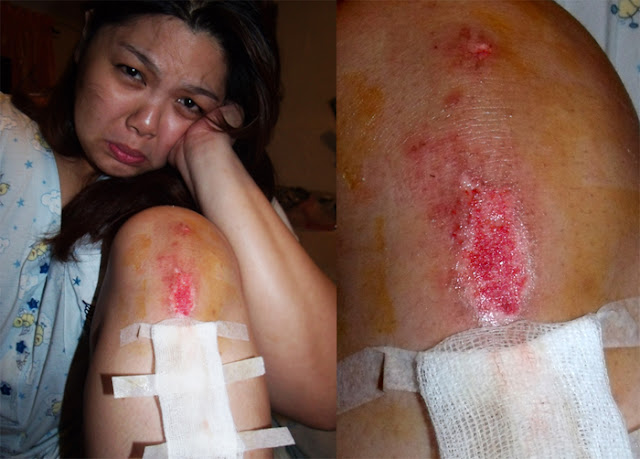 I'm sorry for the really disturbing photo but I just want to show you how big my wound was. I was wearing a pair of leggings that time and when I slipped, it was ruined big time on the knee area. You could just imagine how bad it was and how painful it was. After I got that wound, I knew that the scar would be dark because I know my body. When I get wounds, the scars are always dark and usually takes a long time to lighten (OMG! Diabetes alert!). But I never thought that it would be too darn dark! I'm sorry if I didn't take a photo of the scar right after the wound healed. It was just too dark like almost black with white spots. It's just disgusting, alright? I loathed myself for that! Haha!

So, I though it'd never lighten that much but months had passed, and I noticed that it's lightening BUT just a little bit. I told you it usually takes a really long time before my scars would lighten.

Last March while I was at Watsons, I looked for whitening products that I can use for my elbows and other dark spots on my body. I didn't care about my scar anymore that time. All I care about is my elbows. Then I saw the Yoko Underarm Lightening Cream, a new product for me (never heard of the brand before), and I thought maybe I can use it on my elbows and neck, too? I was so sure that I'm going to buy it but lo and behold! I saw the Yoko Knee and Elbow Moisturizing and Whitening Cream on the other stall. Just what I was looking for! The price is affordable at only P179.00 so I purchased it. 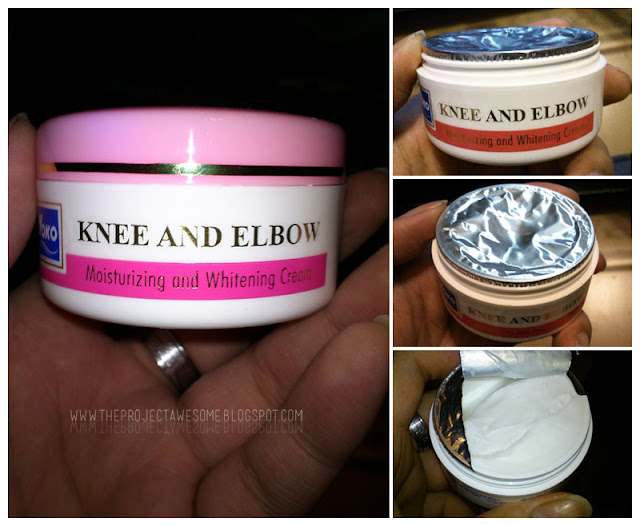 The tub is small with pink lid. When you open it, the product is sealed with tin foil (Like that of Yakult). The little tub is full, so that's awesome. It has a fresh scent that kind of reminds me of the classic Nivea Creme. The cream is non-greasy and easily absorbed by the skin. What I love best about this product is that it really delivers. It is definitely moisturizing and eliminated the darkness of my body's dark spots. :)

"This cream can help to eliminate dark areas and discoloration at the knees and elbows. Extra strength formula that helps to retain conditions and moisturizes with highly effective for sensitive skin."

Direction:
Apply in a small quantity and massage daily into desired areas.

As for me, I think I apply more than "a small quantity" because I make sure that my my elbows, knees, and ankles are fully covered with the cream. I apply it twice a day, at daytime after bath and at night before I sleep. I still use lotion but I apply the cream first and let my skin fully absorb it before slathering lotion all over my body. However, I would like to admit that I don't use it everyday. There are times that I forget to use it especially when I'm in a hurry so some days, I only use it once and there are also days that I skip using the product (Other reason is laziness >.<).

However, despite of not using it religiously, the result is still awesome. I started using this March 6, 2013 and after about two-three weeks, I've noticed that the scar on my knees lightened already. My ankles are not that dark anymore, too. My elbows? They're still a little dark and uneven but it lightened as well!

Let me show you my elbows' before-and-after photos first: 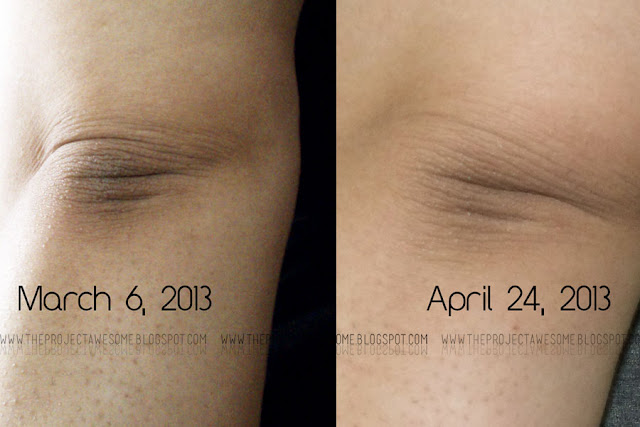 Disclaimer: I used a DSLR camera (Canon Rebel T1i) on the before photos and a lower quality camera (AgfaPhoto Selecta 14) on the after shots.

You can see on the left photo that my elbow was really dark and dry while on the right photo, it is way lighter and is not dry-looking anymore. The Yoko Knee and Elbow Moisturizing and Whitening Cream really softened, moisturized and lightened my elbows.

Let's move on to that dark scar on my knees. Here's the before-and-after photo: 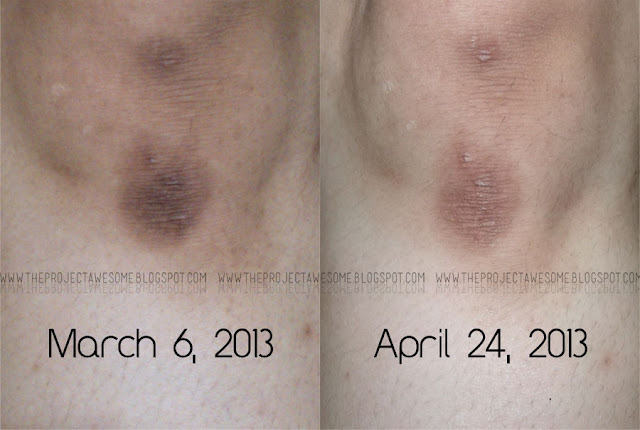 Let me just tell you that the after photo was taken with a teensy bit brighter light but still, you can see the comparison. I did not filter the photos (including the before and after shots of my elbows) nor tweak the brightness and contrast. The only editing that I did is crop, merge, added texts and watermark. My scar really lightened and even the whole area of my knees! I'm impressed!

I forgot to take photos of my ankles but based on the two evidences provided above, I think that's already enough to tell you that the Yoko Knee and Elbow Moisturizing and Whitening Cream works great on me. Now, I'm thinking to get the Yoko Underarm Lightening Cream. My sister wants it, too! Haha!

Now, this is all that's left on my tub: 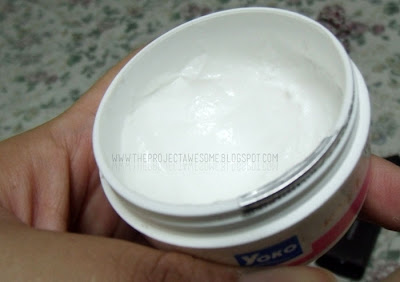 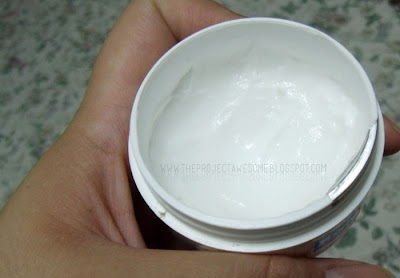 It's still half-full so after I emptied the tub, I'm going to do another update. I would like to recommend this product because it really delivers and one of the best things about it is that it's not heavy in your pocket. ;-)

Please share your favorite whitening/lightening products, too! I might try it in the future, maybe after using this cream. :) 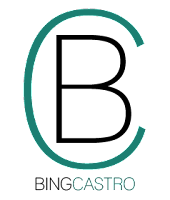 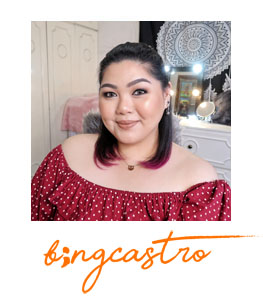 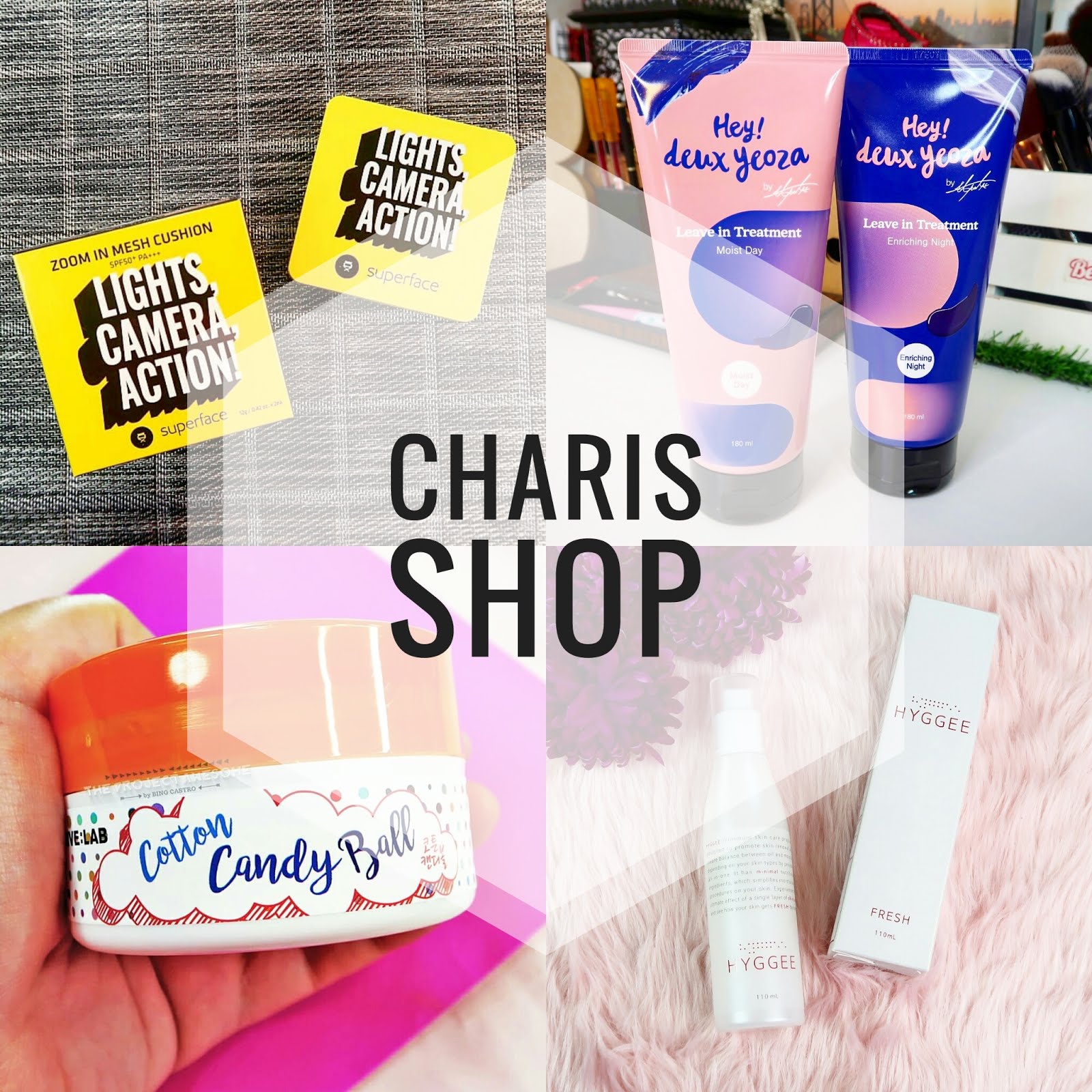